I am sitting at a booth in one of those themed diners in a shopping center, adjacent to the clinic where I saw the specialist on Monday and had what looked like hundreds of vials of blood taken today for more testing. I figure I should eat even though I’ve no appetite. I never trust a menu this long, so I play it safe and order the soup and salad, which is neither good or bad. I guess that’s what you’re really asking for, a meal to quickly forget. 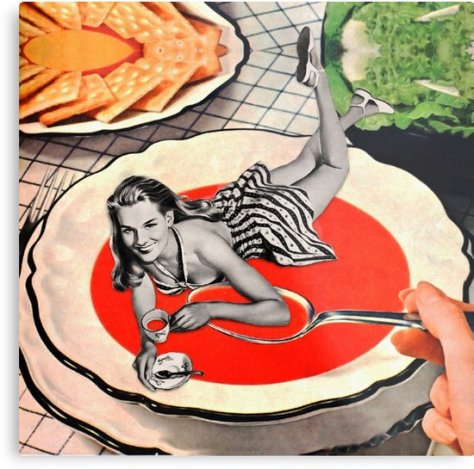 The music is too loud in here and I find myself strangely annoyed with the gimmicky decor. License plate style plaques fill every inch of wall space boasting phrases like “Stressed is Dessert spelled backwards!” and “Soup of the Day: Whiskey.” I stop. I just close my eyes a minute. Adjust. The problem is not the restaurant. It’s me and this body I have to animate—it doesn’t fit in the world in comfortable or easy ways. It’s like dropping a wild tiger in suburbia, except maybe the opposite. It’s like trying to build suburbia in the middle of a jungle, then complaining the tigers are noisy and sometimes scare the kids. No one else seems bothered by the music.

I don’t want to be this young and think like a curmudgeon. Better to let go. It’s because it’s 11:30 and I’m on day 9 of a migraine cycle and I’m wearing real pants. I had to get blood drawn and I don’t normally exist before noon. Mornings are just constantly, reliably painful and tough.

Everyone has days where life feels so tired, so repetitive, that you want to hit snooze and wake up under some alternate sky where there is no weight to carry. No gravity, no effort required to move. Where everyone looks each other in the eyes. We listen. We don’t say the words “Sorry” followed by the word “but…” or “if”. Our hearts resonate with each other, and our heavy bodies have shed like snake skin, like the useless, heavy weight they’d become. There is a lightness in every capacity.

Tolle says this alternate side of the sky I am referring to is possible here on this side. And I believe he is right. But it takes so much practice and learning and presence. Presence. How easy it is to walk into a cheap diner and complain about decor. 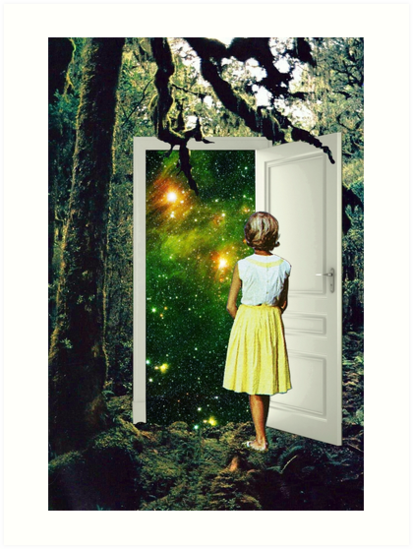 That kind of observation lacks creativity. Not to mention, it’s very counterproductive to complain about these things when you’re already feeling down. So I’ll tell you what I like about this costumed diner. All four booths in my vicinity are filled with at least parties of two people eating, and all of them are talking to one another. None of them have their phones out. A phenomenon! Particularly this couple across from me.

They are in their 60’s, and somehow it seems obvious they’ve known each other a long time. I could be wrong of course. They could be divorcees who met on ourtime.com and newly in love. But it’s not the sense I get. In my mind they’re in their Act III of their marriage with grandchildren they have pictures of on their phones to their friends at Bridge. I like that they haven’t run out of things to say or lost some kind of delight in the simple pleasure of each others laugh. They seem to laugh a lot, casually, throughout their light hearted conversation and this feels so good to watch. I always used to fear I’d marry a man and eventually he’d lose interest in me and I’d find his stories boring and then we’d be at a restaurant eating one day with nothing to say to one another. As though there was nothing new to discover about the other, or that we’d lose curiosity in the way each of us experienced the world.

But I know that only happens when we’ve decided we know a person completely and with total certainty. And if we’ve decided that, the issue is not the other person.”The human mind mistakes its opinions and viewpoints for truth…but it is no more than a viewpoint, one of many possible perspectives. Reality is a unified whole. Thinking fragments it into pieces.” Tolle says a lot about the “thinking” mind, and that it’s very useful in our world. But it’s also “very limiting when it takes over your life completely. It’s only a small aspect of the consciousness you are.”

Sometimes I seek the daily, thoughtless things about a person with such aggressive interest I think I might be dumb. Their calendars, notebooks, what they keep in their cars. One of my favorite hobbies is to take apart a guys wallet, piece by piece. All the useless receipts he saves. The frequent customer cards. An old crumbly picture, maybe. Movie stubs. Concert stubs. Their license—are they smiling in the picture or does it look like a mug shot? What made the cut for making it into the billfold and what didn’t. All tiny stamps of a person and his non-sequitor, paper trail of places he’s been. You can have the same fun or more going through a woman’s’ purse. Many clues in there. But these are little traces so few people see. Instead we go to dinner and say “Uh huh and what do you do? Oh interesting, tell me more about your boss. What a jerk!” I think first dates should be silent a exchange of wallet for wallet, or purse for purse, or wallet for purse, whatever. You get the picture.

My last boyfriends wallet, unless I’m remembering incorrectly, was a basic brown leather wallet that seemed to old for him and contained some concert stubs, because he was a music guy and not a whole lot else because he had a straightforward way of being in the world. A wallet was a thing to hold money and his license. But maybe more memorable was the night we went to dinner and left Monty and his dog Gracie home. When we returned, his wallet that he’d left on the coffee table had been chewed. His license, a credit card, social security card, and a one dollar bill perfectly torn in half littered the living room floor. We both loyally defended our own, claiming that “100%, my dog would never do that.” I thought it was kind of funny—a mystery we’d never know the answer to. Maybe it was Monty (it wasn’t), telling me Run! This thing isn’t gonna work! Mayday! Owell. Fun while it lasted. I still have the half chewed dollar.

I could say that the two buzzing gnats flying around my side salad are concerning, but you can basically always reduce these impulses to complain or feel disturbed by something or “talk to the manager” to nothing, because when you start to break them down, they just don’t mean all that much. We forget that so much of our devoted focus, particularly when it’s negative, is essentially meaningless. I am one person, and I chose to eat at a diner where children under the age of 12 eat for free between noon and 3. There may as well be a sign that says FREE BUGS. This isn’t the RITZ. The meal costs $10 and the waitress is nice.  If you’re always making noise about your tiny discontent, you just become a human gnat. We should ask ourselves what our questions or actions or statements are intended to do for five minutes before we go running to every manager. It’s so often just a thoughtless impulse. Gnats! We could just as easily forget about it and move on with the day.

I take an Uber home, and I find myself alone in the back of Ubers quite often. ‘Often’ is a relative term. I’m appreciating that the driver isn’t trying to engage in conversation. “It’s hot out!” “Yes, it is hot out! Also, I have a doggy!” I’ll tip him more for that.

Miami is a picturesque place, and I like the sidewalk traffic. Watching the world through

the window feels so much better than TV–and no commercials. Bonus! I see a couple kiss while they wait at the crosswalk. Then they smile and she says something that makes them laugh. I love seeing people kiss. Creepy? Maybe. I just like that kissing exists in general. There’s traffic, which is another easy thing to complain about. Tolle says complaining is one of the ego’s favorite hobbies. (Also being right.) But I’m in a quiet car. All I have to do is sit here, one of a few things where I’m actually quite skilled. Many beautiful things pass us by at a stop and go pace. I try to imprint the sights on my brain to take home with me.

I try presence. Just being aware of all my senses. I am grateful to be out in the world at all, when so often I am indoors. I try to remember how lucky I am that I was able to come here. What a gift it is to see a doctor who understands, who listens and looks you in the eye, who can help me find answers. (Thank you Dr. Klimas!) That I have my brother and his beautiful family to stay with and help care for me. That it’s time together we wouldn’t have had were I well. Yes, I have a body that feels like a decomposing pumpkin at times. And I actually feel I may look like a decomposing pumpkin at times. (See video below) But so many moments to be grateful for. So many gifts. Count them. Keep counting. They add up faster the more awake you are.

Keep fighting. Last year was hard. I believe somewhere in my depths, this one will be better, no matter the directional trend my health takes. I know we’re getting close. I tip the Uber driver and leave feedback. “Thank you for the quiet.”

All awesome artwork by Eugenia Loli

*Bonus*: I’m on Day 9 of my migraine cycle! Here is a clip of yesterday morning. It was kind funny in that tragically comical way.